Let's connect to the Arduino a digital accelerometer module based on the ADXL345 chip with control via serial I2C and SPI interfaces.

The digital accelerometer ADXL345 is a 3-axis high-resolution accelerometer (13 bits) in axes with a limit of up to ± 16g. The module has low power consumption and small size. Information exchange with the module is carried out via serial interfaces I2C or SPI (3- or 4-wire). 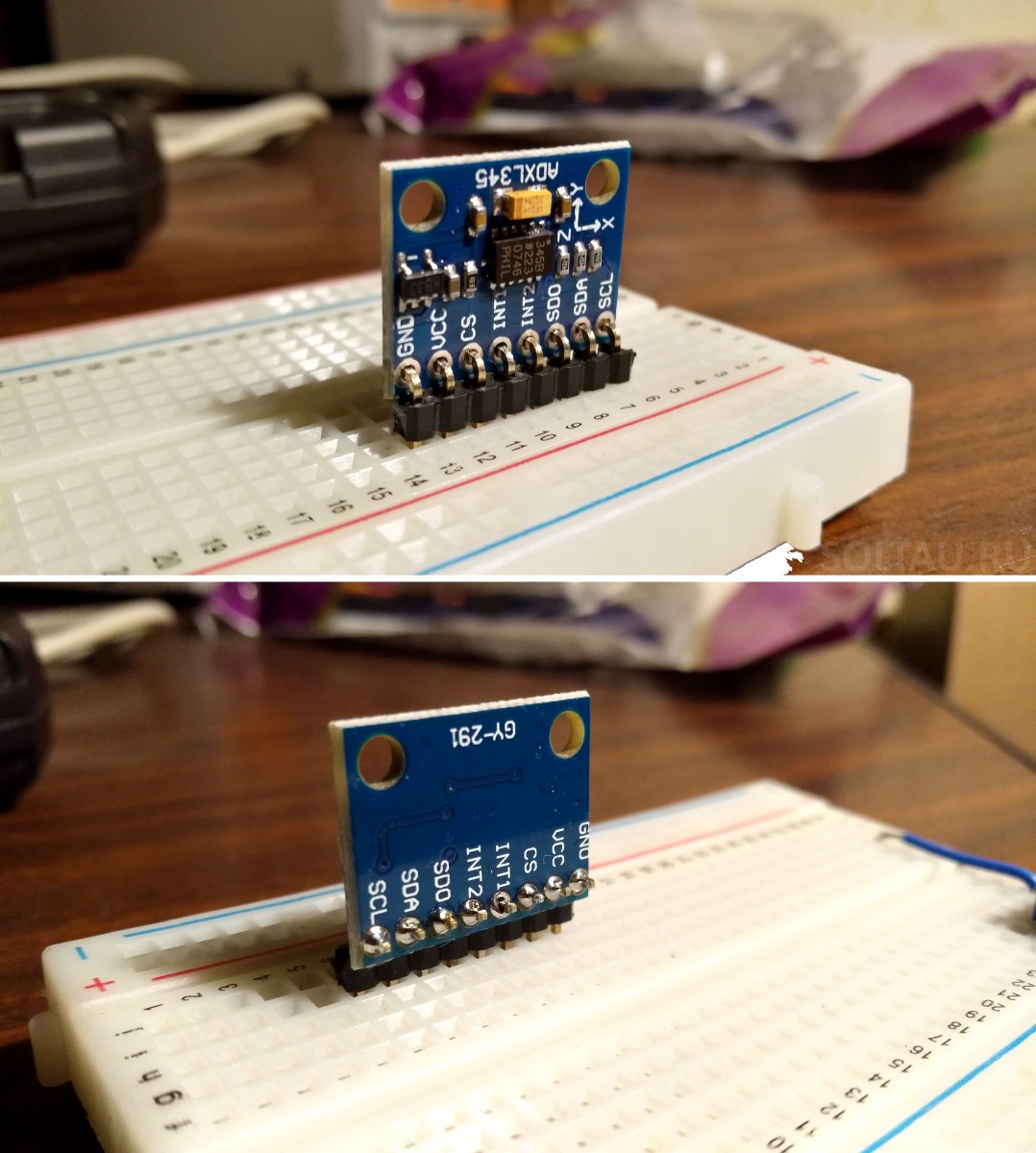 The module shown is called GY-291. The module has the following conclusions:

Depending on the selected interface - SPI or I2C - the connection of the module will be appropriate, as shown in the table. But in both cases, very simple.

Consider the structure of the registers chip ADXL345: 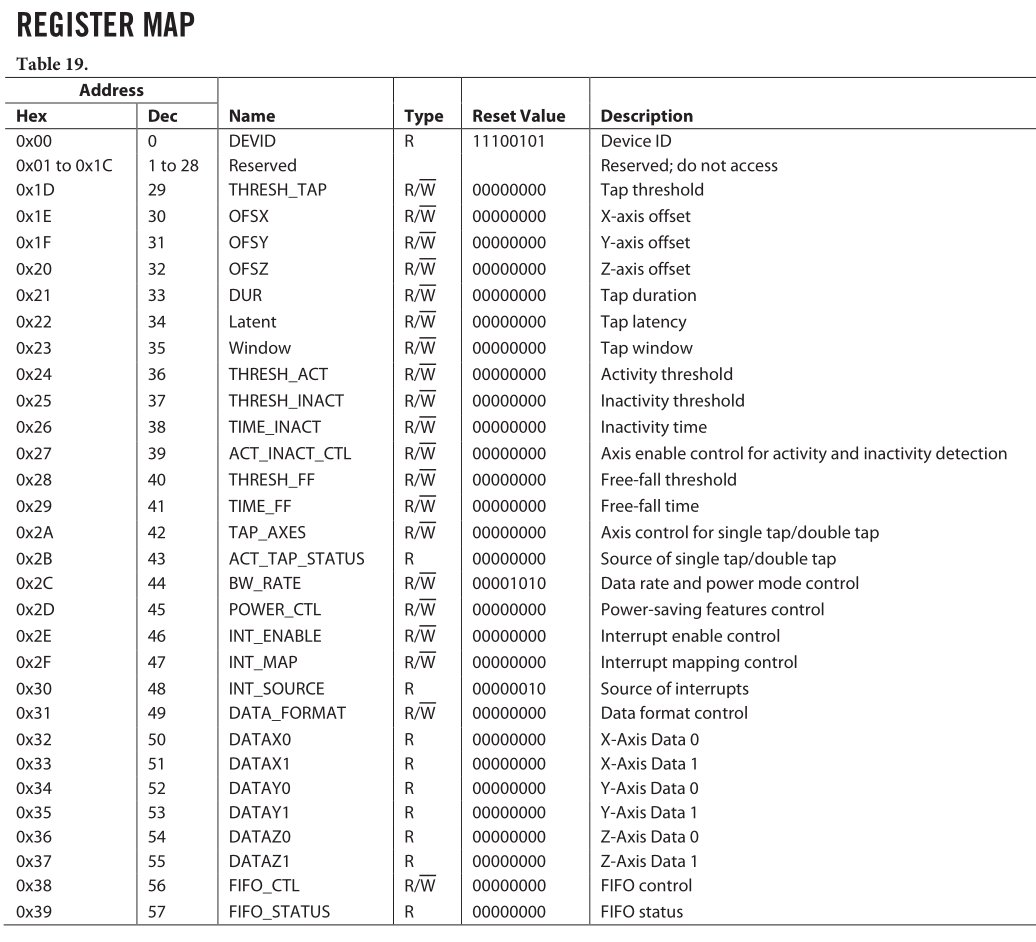 In addition, we are interested in the register of power management, since He is responsible for the operation mode of the device:

As you can see, the D3 (Measure) bit switches the accelerometer to the measurement mode. 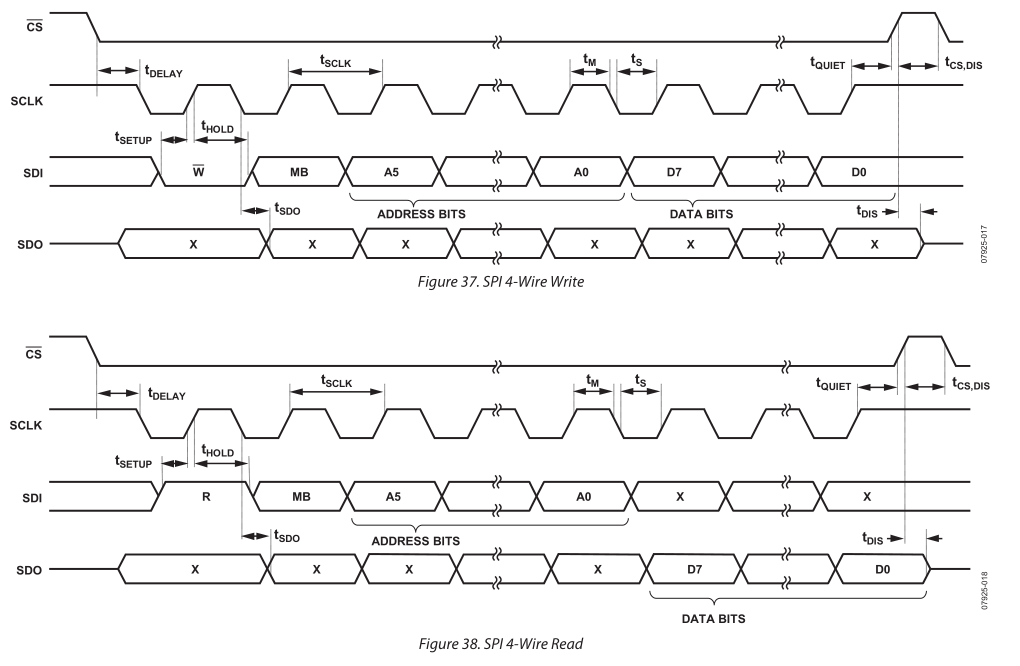 Here the MB bit is a sign that we are going to read many bytes at a time (if the bit is set to 1). For testing SPI devices and quick mastering of the exchange procedure with them, I usually use a debugging board with the FT2232H microcircuit. This chip supports many modes, including I2C and SPI. Controlling the operation of the FT2232H chip - using the SPI via FTDI program, which I have already spoken about several times. 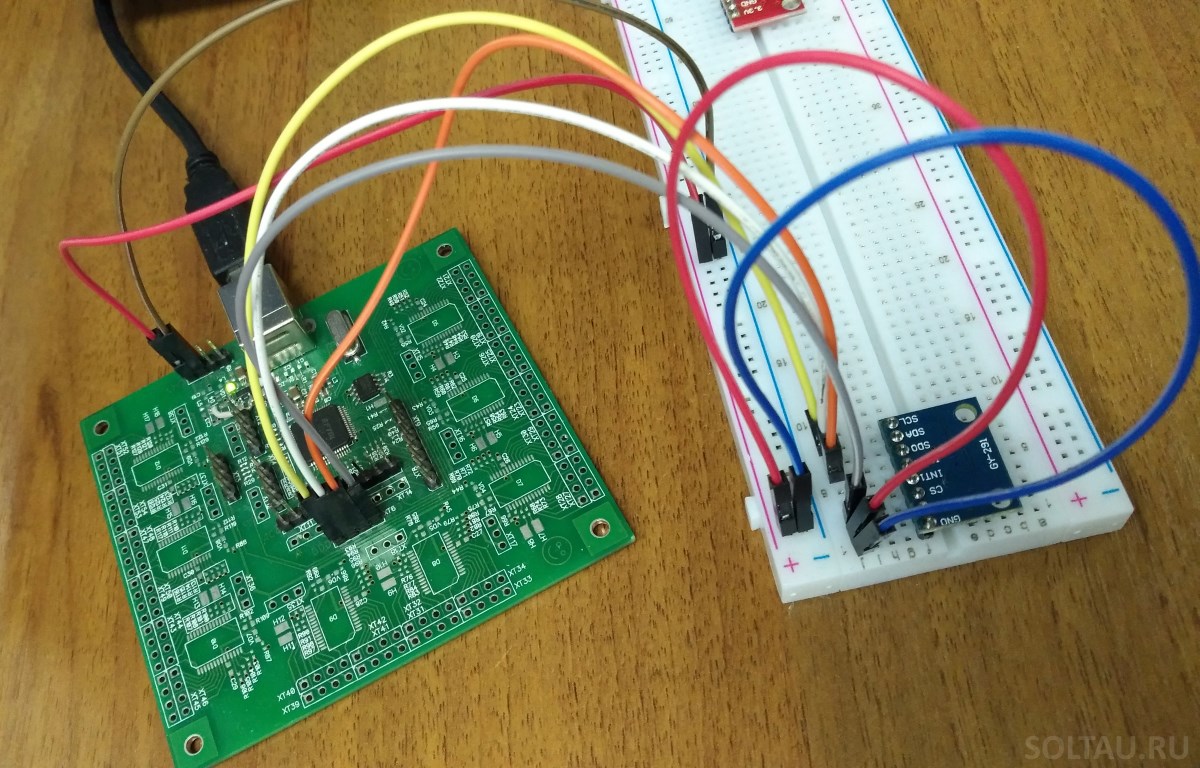 Before reading, do not forget to write down the command 0x80, which will indicate to the accelerometer that we are going to read, starting with the register at 0x0 :

It can be seen that the register contains the number 0xE5, which is the value of the accelerometer identifier ADXL345, according to the technical description (datasheet). Here is how it looks in the timeline:

The device answers, everything is fine. Now we need to transfer the accelerometer to the measurement mode. To do this, write the number 0x08 into the POWER_CTL register (register address 0x2D) (set the Measure bit to HIGH). After that, you can start reading registers from 0x32 to 0x37, in which data on accelerations are stored in three axes. Do this with Arduino. Let's write this sketch:

Here is the timing diagram of the work of this sketch:

It is clear why the first byte of the transmission from the Arduino when reading the values ​​of the accelerations along the axes is the number 0xF2? This is the address of the first register with which we start reading (0x32), combined by OR with 0x80 - READ read marker - and with 0x40 - MB multibyte transfer marker:
0x32 OR 0x80 OR 0x40 = 0011_0010 OR 1000_0000 OR 0100_0000 = 1110_1101 = 0xF2
What do the read values ​​mean? This issue is discussed in the last section of the article. In addition, there are a number of libraries for Arduino, which simplify setting and reading data from the accelerometer, allowing you not to think about such low-level things as registers, bits, and bytes. Links to libraries are also provided at the end of the article.

The timing diagram of information exchange with the ADXL345 via the I2C interface looks like this:

Let's rewrite the sketch for the Arduino, which will do the same thing, only with the exchange via the I2C interface:

The read diagram of the DEVID register of the digital accelerometer ADXL345, when exchanged via the I2C serial interface, will be in this case:

As you can see, the ADXL345 returns us the expected value of 0xE5. And this is how a chart of reading registers will look, in which data are stored along the XYZ axes:

It’s still easier than working with the SPI interface. 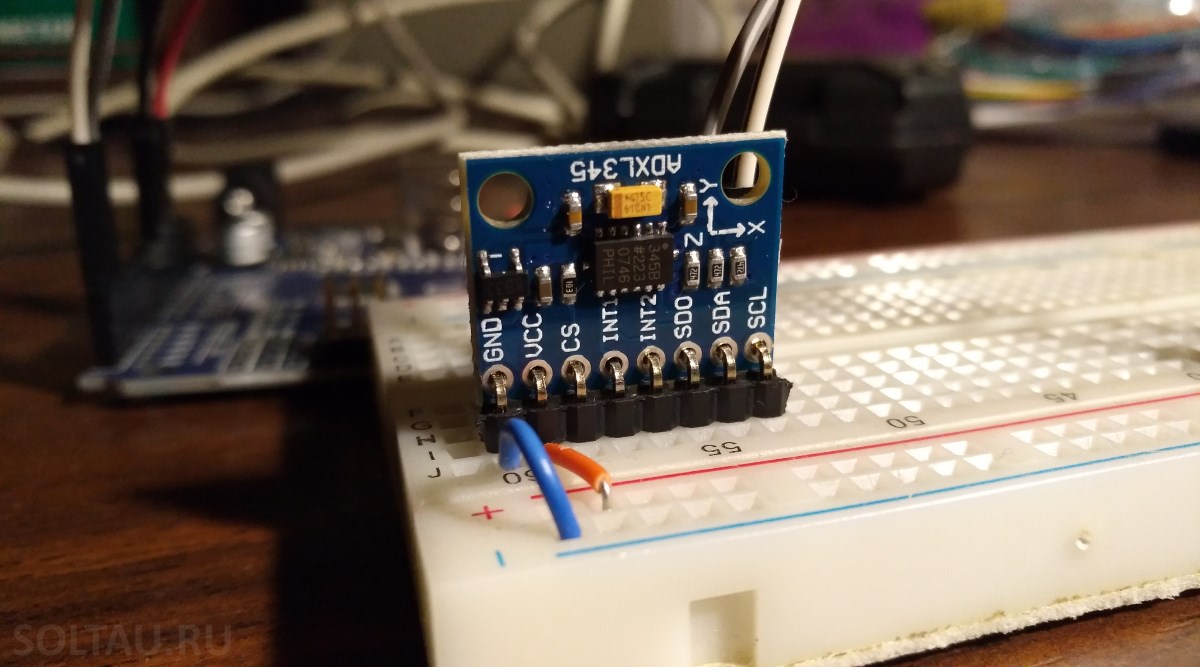 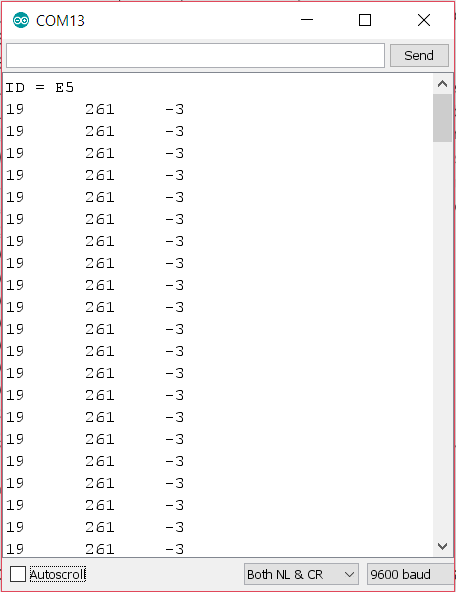 The three columns represent the static acceleration value measured by the accelerometer along the X, Y, and Z axes, respectively. In the middle column, the Y-axis readings are larger than in the other two. These values are given in conditional samples, as recorded in the accelerometer registers. The ADXL345 accelerometer has several measurement ranges. Let's look at the summary table of the ranges and resolutions of the accelerometer sensor:

Well, it is quite logical. The Y axis is directed vertically, i.e. along with the force of gravity vector, and the value of the acceleration is approximately equal to the constant g. Accelerations along the X and Z axes, which lie in the same horizontal plane, are approximately the same and are around 0. Because of the curvature of the table on which the sensor stands, the values ​​are slightly different. If I leveled the accelerometer level, then his readings would be more accurate. In the ideal case, the acceleration should be 9.8 m / s2 along the Y-axis, and 0 along the X and Z axes.

In addition, the ADXL345 sensor has the ability to fine-tune and calibrate. In this example, we did not do this, but used an accelerometer with factory settings as is. Lack of calibration may also introduce some distortion in the sensor readings. I recommend using special Arduino libraries that simplify interaction with the ADXL345 accelerometer, in particular, allow fine-tuning.