February 25, 2020Daniil Zhuk
Modern microcontrollers and single-chip systems have many interfaces for communicating with peripheral devices. One of them, the easiest to implement - SPI or Serial Peripheral Interface - allows you to transfer data in two directions simultaneously over a single clock signal, that is, it is full-duplex. About him and his implementation in the PADI IoT Stamp and will be discussed!

A total of 4 wires are used:

PADI There are 2 hardware interfaces that are handled in semi-automatic mode - you only need to configure it, load the byte, and then the periphery will deal with the transmission or reception without loading the processor.

But it is not always convenient to connect the device to the pins of the hardware interface, because, as we have said, there are many peripherals and few pins for it. Therefore, sometimes you have to organize the interface yourself, using direct writing to the pins. Do not worry, the Arduino environment provides ready-made functions for transferring data in both directions programmatically.

In some cases, when the device does not require a response (as, for example, from displays or too simple actuators), some connection lines are not used (most often, MISO is not used, and SS is connected directly to ground if the device is on the bus one), which saves space and pins of the controller.

As an example, we will connect just such a simple device - the shift register 74HC595. It allows you to simply and quickly increase the number of pins of the controller by a number that is a multiple of 8, while using at least 2 and, in normal mode, 4 wires. Connect the same they can be an unlimited number of pieces. 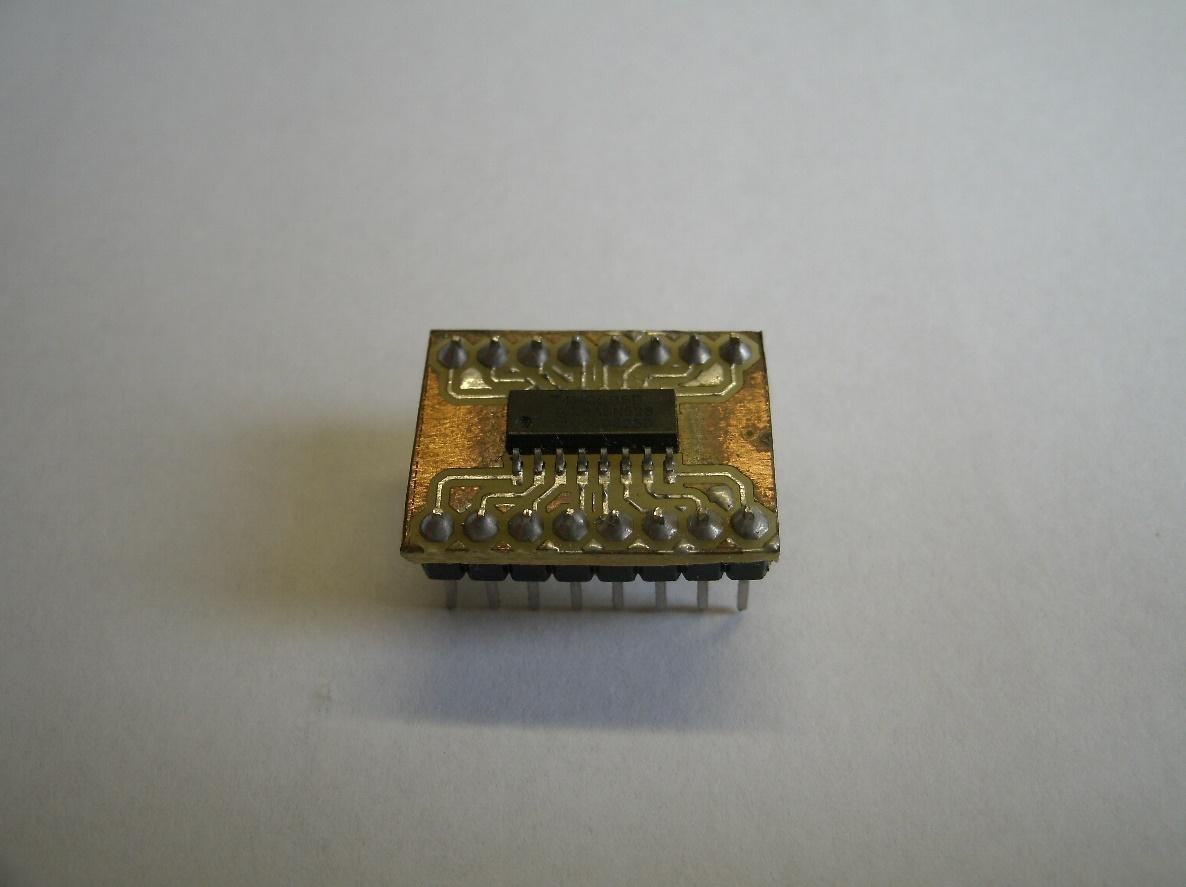 Due to the lack of a chip in a DIP-package, we made such an adapter for using an SMD-chip with a breadboard, but working with chips in different cases will not differ. 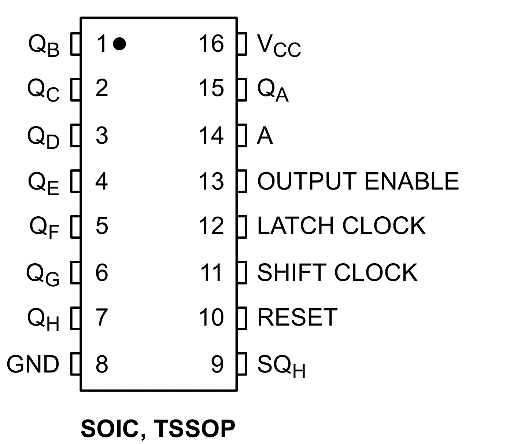 All Q pins are directly on the microcircuit outputs, and it is controlled by pins 10 to 14. To connect, you need to pull the 13th pin to the ground with a 10 kΩ resistor or connect it directly, and 10 to the power plus.

The 11th contact is a clock signal, the 12th is a “latch” (when the voltage on it changes from LOW to HIGH, the values ​​from the buffer go to the register pins), the 14th is the data input. The interface will be involved in the 14th and 11th output, and the 12th will have to manage manually.

We will organize the program interface using the shiftOut() function.

shiftOut(data_pin, clock_pin, order, value)
The first two arguments are the pin numbers of the data transfer and the clock signal, respectively. The third parameter is the order of bits in the transmitted byte (from the oldest to the youngest, or vice versa), you will see its importance later. The fourth parameter is the directly transmitted value.

Let's start a simple sketch, having previously connected everything according to the above scheme:

If you connect LEDs to the register pins, then all 8 should light up. Do not forget to use current limiting resistors! 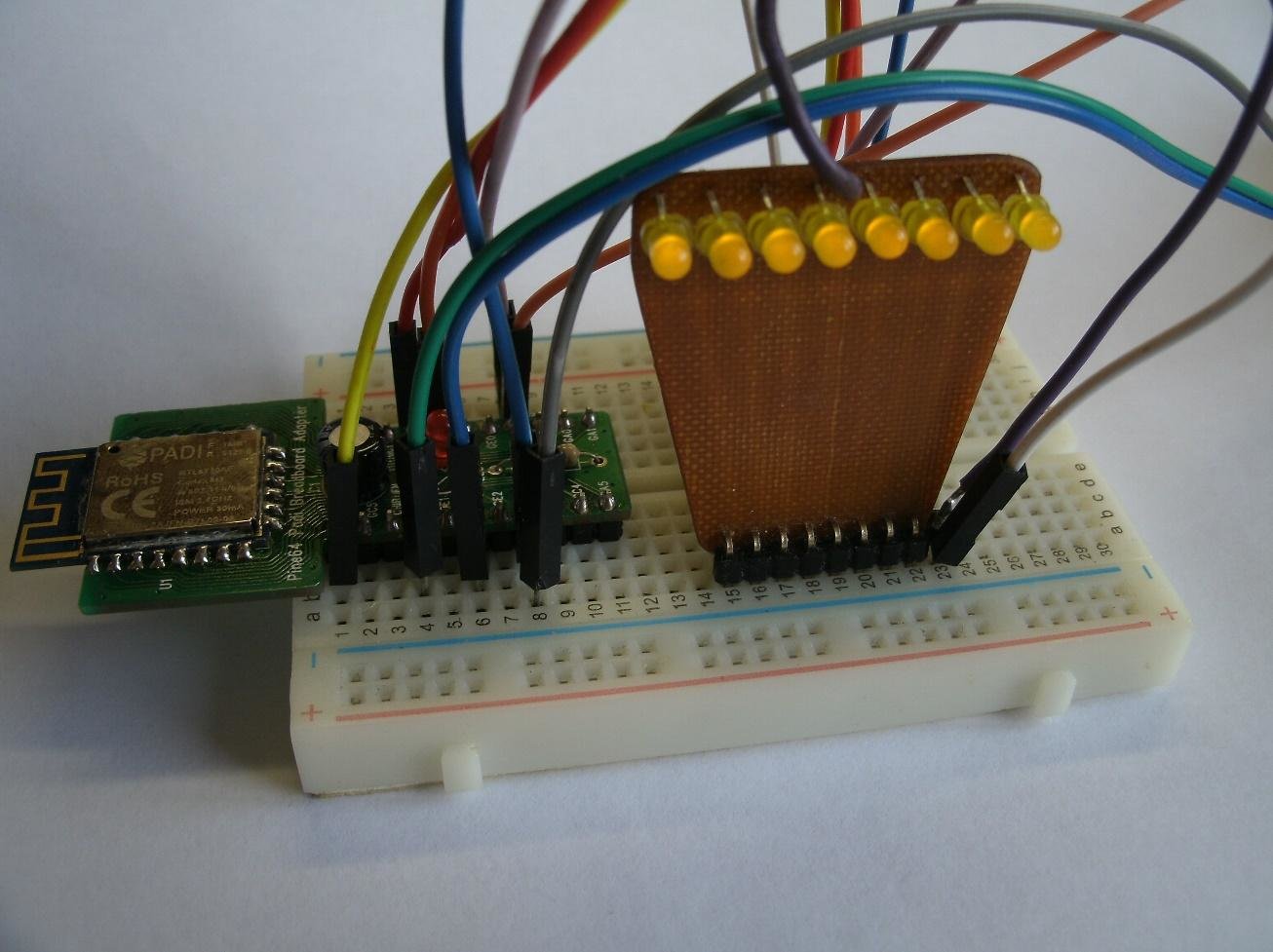 You can experiment with the transmitted value. If you send not FF, then the LEDs will display the binary form of this number. For example, the number 0xAA: 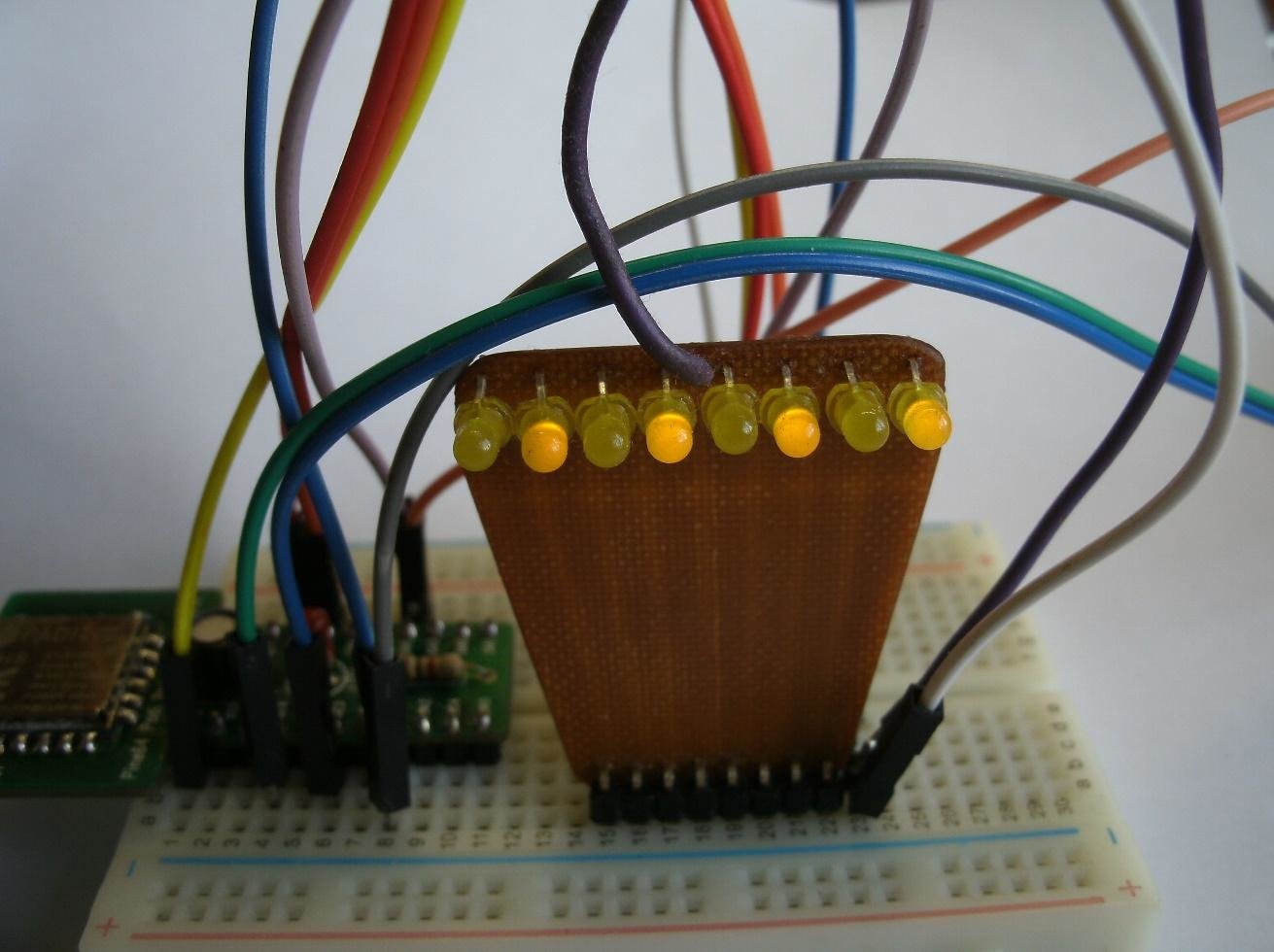 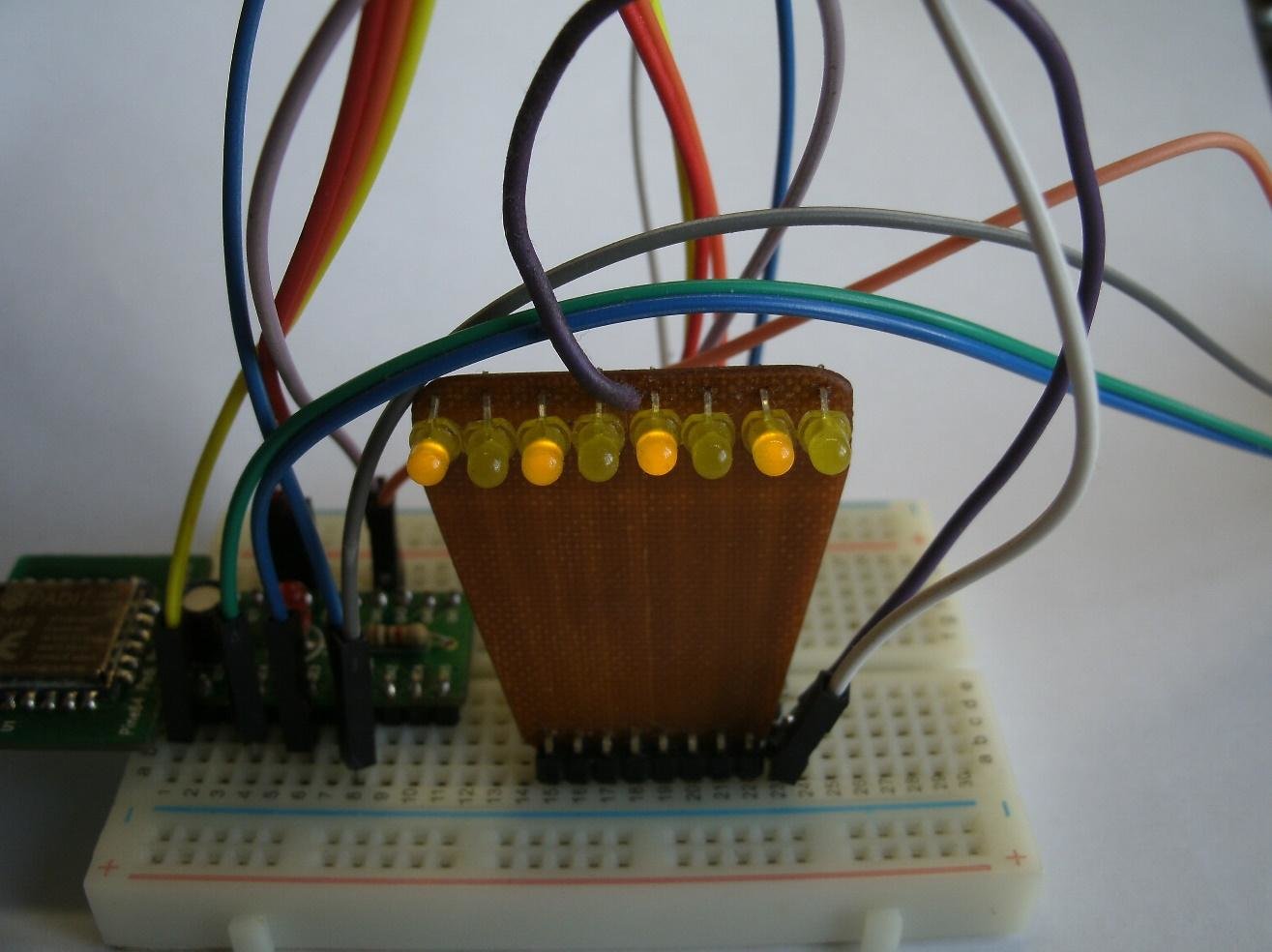 You see that the order has changed and the data is output in the opposite direction. In fact, in one case, the device received 0x55 (0b01010101), and in the other, 0xAA (0b10101010), so it is very important to take this parameter into account when transmitting.

Thus, devices using SPI protocol are connected to PADI and other controllers, and we will describe further protocols later. Experiment with a shift register and try to implement a running light of 8 LEDs!