Z-Uno allows you to control over the radio channel Z-Wave standard devices, as well as any Arduino-compatible devices using ordinary GPIO ports. To create Z-Wave devices with this board, you do not need complete knowledge of this protocol.

The board is made in the Arduino Nano form factor. It is programmed using the Arduino IDE development environment and the language of wiring and is stitched through a USB port. Z-Uno is designed and manufactured in Russia.

The main difference between Z-Uno and Arduino boards is the presence of a Z-Wave radio transmitter and full support for networks of this standard. More than 100 Z-Wave-compatible devices are sold in Russia - various sensors and controllers, and more than 1,400 items from more than 400 manufacturers are sold worldwide.

Z-Wave network is a self-organizing mesh network. That is if there is no signal receiver in the line of sight, the signal to it will go through the neighboring radio nodes of the network until the receiver is found.

Each device before starting work must be added to the network. Z-Wave network can contain up to 232 devices, each of them has its own unique 8-bit ID.

Z-Wave devices operate at frequencies up to 1 GHz, which means they are protected from interference, unlike radio devices with a frequency of 2.4 GHz, which most modern high-speed data transmission protocols operate on. For Russia, Z-Wave is produced with an operating frequency of 869 MHz.

The range is up to 30 meters between the devices in direct line of sight. Wireless communication works at a speed of 9.6 or 40 Kbps, in the Z-Wave Plus version up to 100 Kbps, not the highest speed is due to the fact that this communication channel is intended for sending simple commands, such as on / off, control loudness and lighting.

Z-Uno supports the new Z-Wave Plus standard, which in addition to increasing the transmission speed provides increased range and lower power consumption.

Also, Z-Wave Plus includes a wireless firmware update (OTA), so you can flash a device that is already connected to the network and is in its final position.

CHARACTERISTICS OF Z-UNO
Now about the Z-Uno. The board has 28 KB of flash memory - 4 less than the Arduino UNO. RAM 2 KB - the same as in Arduino UNO. But the user EEPROM memory is 16 times more - 16 KB.

The amount of software and RAM is at the level of competitors, and EEPROM can hold many times more information. The microcontroller runs at 32 MHz, which is twice as fast as most Arduino boards. 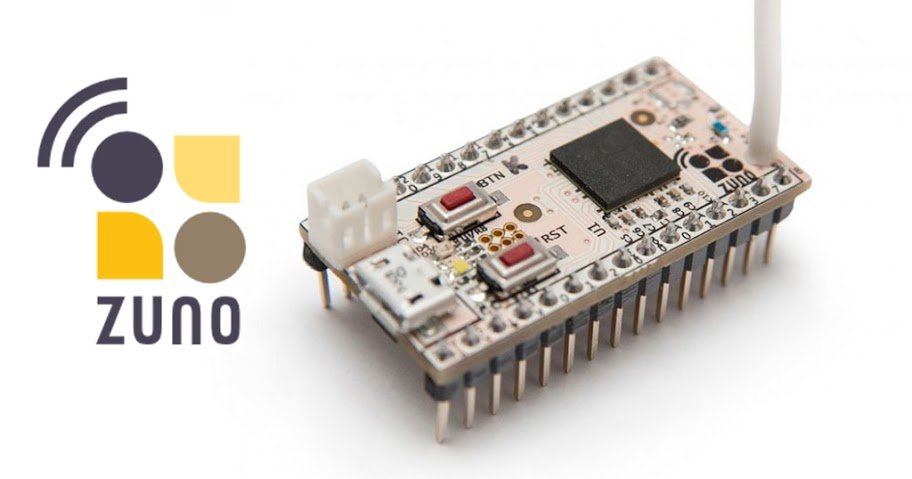 The basis of Z-Uno is SoC (System on Crystal) Mitsumi WML-C85, which operates at a voltage of 3.3 V, so using devices with an operating voltage of 5 V (for example, when connected to an Arduino via UART) can disable the board.

When working with five-volt logic, you need to use voltage dividers or logic level converters.

Z-Uno can work in three modes, two of which allow to save energy:

In the first mode, the board always works and is fully operational in the Z-Wave network.
In the second, it always sleeps and cannot relay messages from other devices on the network and cannot receive them.
In the third (FLiRS) mode, she wakes up every quarter or full second for a short time (milliseconds) to check the radio for the presence of a wake-up packet.
Relay messages device in FLiRS mode also can not. 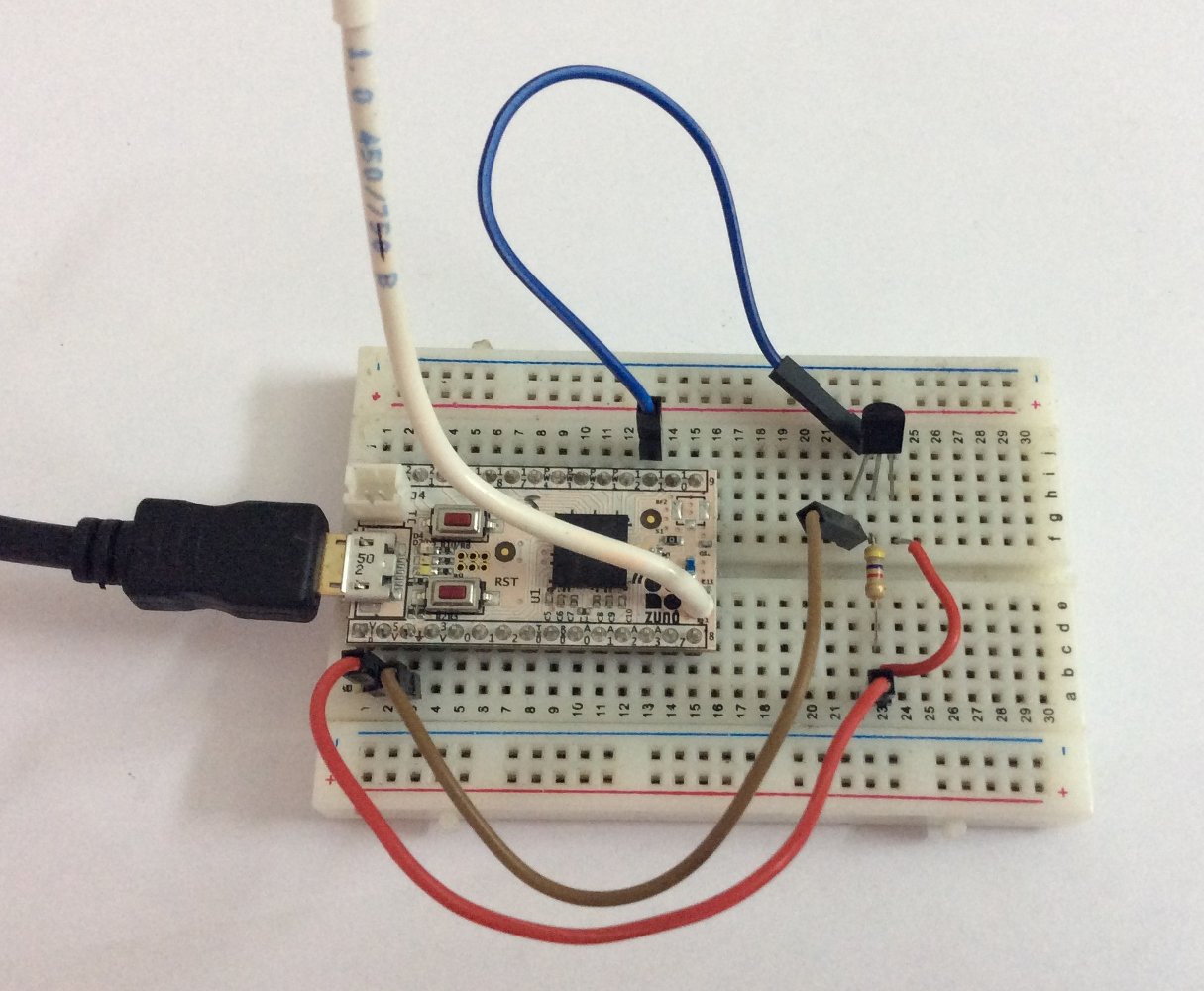 The power consumption of the board in sleep or FLiRS mode is low, so in these modes it is battery powered. Normal current consumption at 3.3 V - 50 mA. In sleep mode - 1 mA, and about 7 μA - when the voltage regulator is off. In FLiRS mode - 1 mA and about 70 μA, respectively.

The voltage stabilizer is disconnected by tapping resistor R12. When powered from 5 V, Z-Uno consumes approximately 30 mA, with 7-18 V it consumes about 35 mA. The total current on all GPIO ports is up to 120 mA.

Z-Uno board has 26 GPIO ports: 4 of them with ADC, 5 PWM. For interrupt handling, only 2 GPIO ports are set aside, one more timer interrupt is available. Onboard the board there are 2 UART and one USB and SPI (master or slave) interfaces.

You can use software I2C and 1-Wire, except for them, a scanner of 48 buttons (6 * 8) is software implemented. The picture below shows the complete pinout of the module. 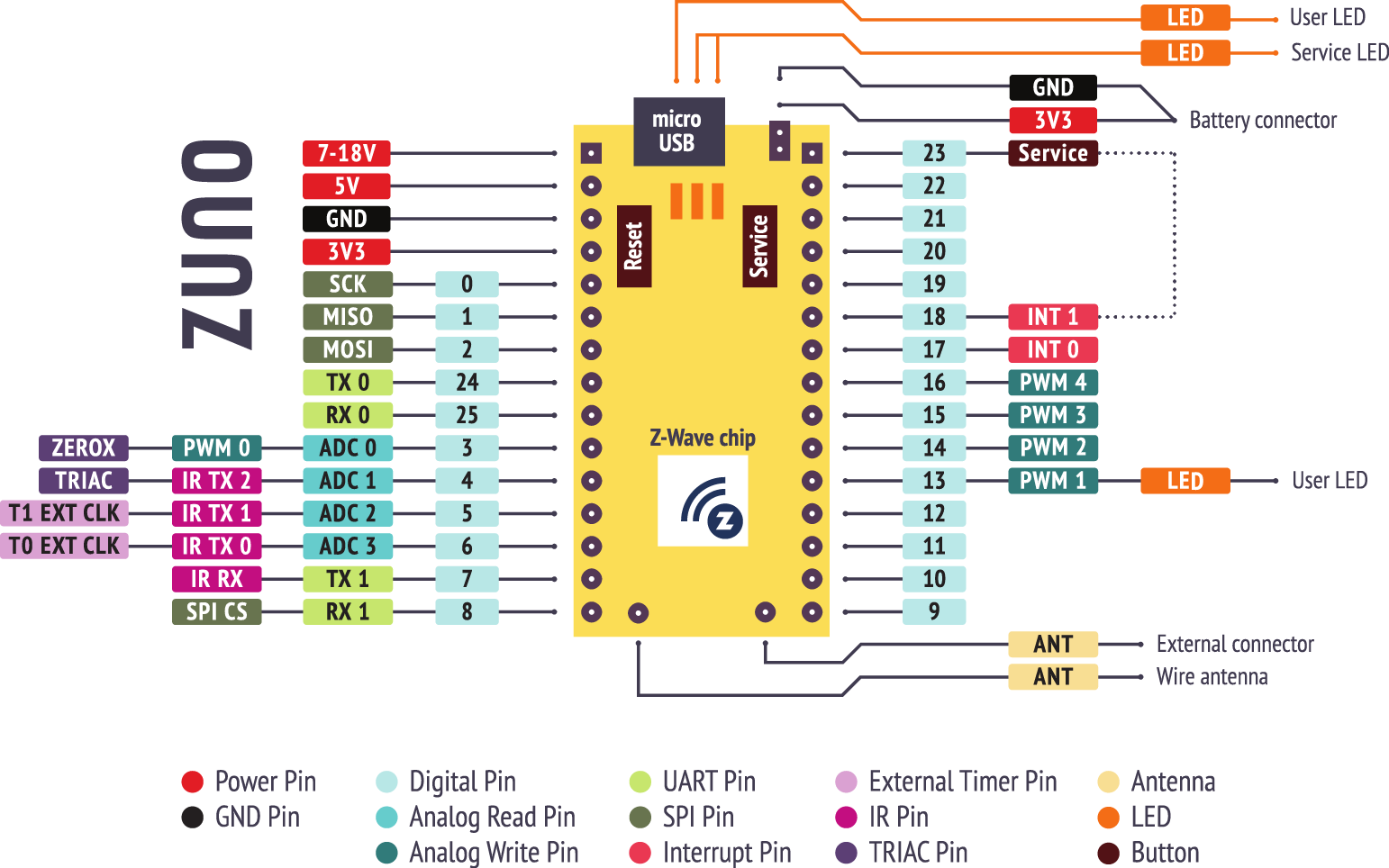 The Z-Uno board contains 4 IR controllers, 1 of them with the possibility of training. Thanks to this, you can receive data from the remote control, which is very convenient for “smart home” systems, or control devices that do not support the Z-Wave standard, for example, TV and music centers.

To control the dimmer there is 1 triac. With this platform, you can manage 10 LED RGBW tapes.

Z-Uno is not a central device of Z-Wave, that is, it cannot control networks. When using central controllers, the network receives a mobile application and remote access. Z-Uno cannot do this, but it can help integrate Arduino-compatible devices into the network.

This board has 10 channels and 5 association groups available to control various types of Z-Wave devices. Channels correspond to user-declared functions. The use of Arduino devices is programmed in the same way as using an Arduino board as a controller.

Useful links for working with Z-Uno: