In our modern age of universal popularization of lithium batteries, anyone, even a simple user of household devices, should at least roughly represent their functioning and the risk factors for their operation. Among accidents with batteries (for example, electronic cigarettes), only a small percentage is due to manufacturing defects, most often malfunctions result from improper use.

In our article, we will look at the latest technologies that are designed to protect lithium batteries, and also tell you why they are so important. 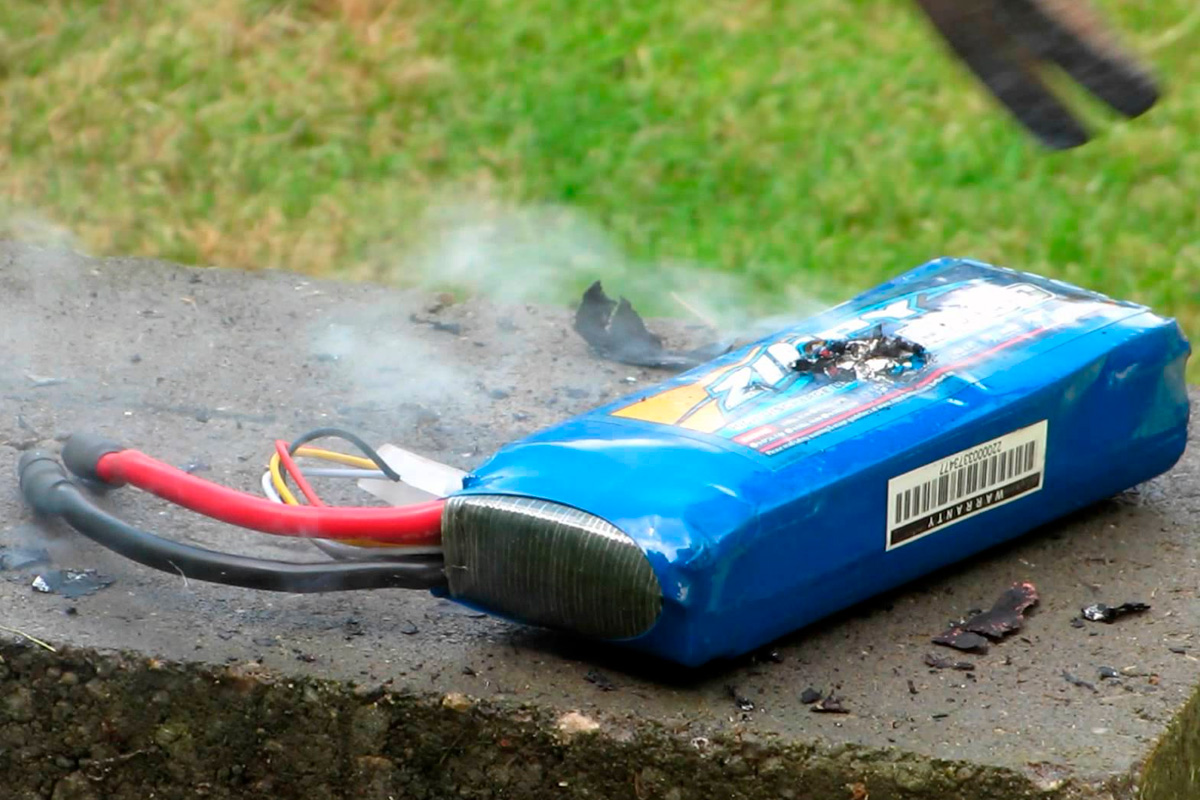 From the theory of lithium batteries, you can find out that overcharging, overdischarge or discharge is too large for them, as well as short circuits. At overdischarge, metal bonds are formed in the battery between the cathode and the anode, which lead to a short circuit when charging the battery, which can lead to damage of not only the batteries, but also the charger. Overcharging (the accumulator sets a voltage higher than the allowed one) almost immediately leads to a fire, and often even to an explosion.

For burning lithium batteries, oxygen is not needed - it is anaerobic, so standard extinguishing methods are not suitable; Also, when lithium reacts with water, flammable hydrogen gas is also released, which only worsens the situation. The discharge by high currents leads to the accumulation of the battery, and if the integrity of the shell is disturbed, lithium reacts with water vapor in the air, which in itself can provoke a fire.

All this does not negate the obvious advantages of batteries, among them:

A slight decrease in voltage during the discharge process imposes some responsibilities on the user. The maximum voltage (4.25 V), the voltage drop below the minimum (2.75 V) and the operating current, which is different for each model, must not be allowed to exceed. And in this tricky business special devices will help us - BMS-controllers! 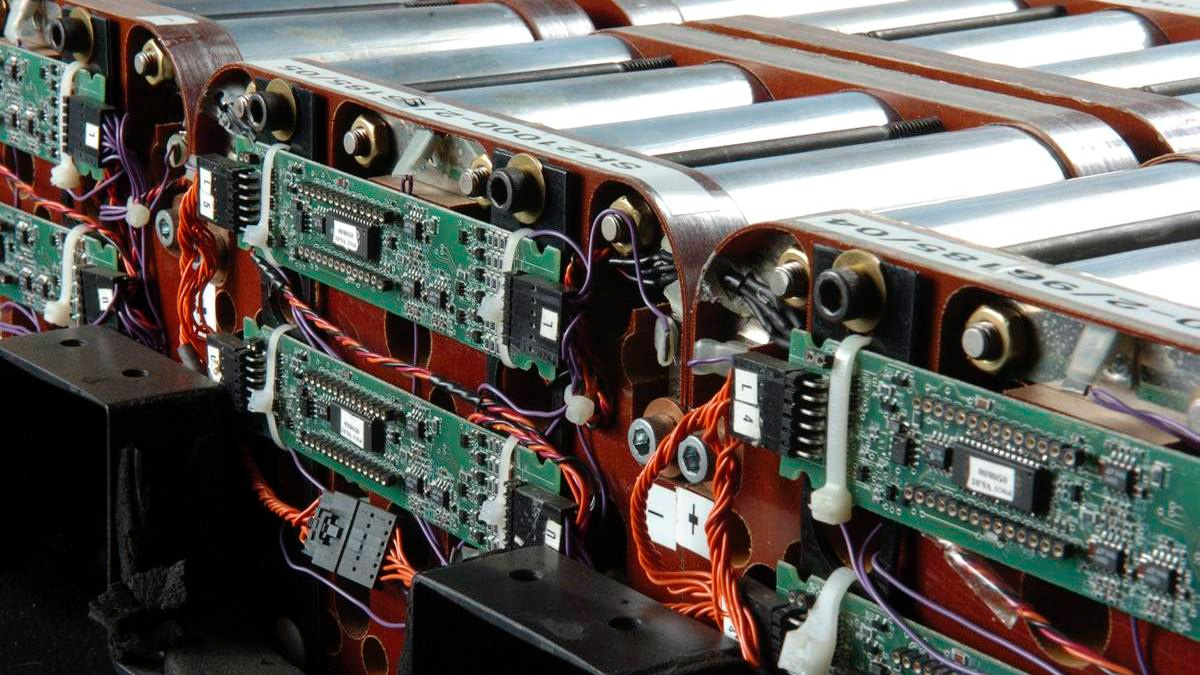 Translated from English, BMS (Battery Management System) is a battery management system. The concept is too broad, so it describes almost all devices that somehow ensure the correct operation of batteries in this device, starting with simple protection or balancing boards and ending with complex microcontroller devices counting the discharge current and the number of charge cycles (for example, in laptop batteries). We will not consider complex devices - as a rule, they are specific and are not intended for an ordinary radio amateur, but are only available on request for large device manufacturers.

What is sold everywhere, can be divided into four categories:

balancers
protection (current, voltage)
charge boards (yes, they are also considered BMS devices)
certain combinations of the above options, up to combining just one device
The more functional and branched the protection, the greater the life of your battery.

PRINCIPLE OF WORK OF BMS CONTROLLERS

Let's see, on what basis BMS systems fulfill their purpose.

Structurally on the board can be identified:

security chip
analog piping (for current detection/battery balancing)
power transistors (to disconnect the load)
Consider in more detail the work of each of the defenses.

CURRENT PROTECTION (FROM SHORT CIRCUIT / OVERCURRENT CURRENT)
There are many options to find out which current flows along the line. The most common is a shunt (measuring the voltage drop across a resistor with low resistance and high power), but it requires high measurement accuracy and is very cumbersome. The Hall-based method of measurement is devoid of these shortcomings but costs more, so the most common method for determining short circuits on a line is to measure voltage, which sags to almost zero in short circuit mode.

Modern controllers allow you to do this in a very short period of time, for which damage will not be caused to the connected device or to the battery itself. But current protection can function on a shunt - because, in the case of BMS, an accurate measurement is not needed here, only the voltage drop across a certain threshold is important. As soon as the event occurs, the controller immediately disconnects the load using transistors.

VOLTAGE PROTECTION (FROM RELEASE OR RELEASE)
This protection is easier to understand since voltage measurement can be easily done using an analog-to-digital converter. But there is some specificity here - it is worth noting that if the controller protects a large assembly of series-connected batteries, then it usually measures the voltage of each bank personally, since, due to the smallest differences in the elements, they have the smallest differences in capacity, which results in an uneven discharge and the ability to land a “zero” separate item.

Some systems do not connect the load without waiting for the battery to charge up to a certain voltage after triggering the overdischarge trigger, that is, it is not enough to charge the cell for a couple of minutes to make it work even for a short time - it is usually necessary to charge to the rated voltage (3.6 - 4.2V, depending on battery type).

TEMPERATURE PROTECTION
Rarely found in modern devices, but for good reason, most of the batteries for phones are equipped with a third contact - this is the output of a thermistor (a resistor that has a clear dependence of resistance on the ambient temperature). Usually, overheating does not occur on its own and other types of protection have time to work - for example, overheating may be caused by a short circuit.

ALGORITHM OF BATTERY CHARGE WORK
Lithium batteries are charged in 2 stages: CC (constant current, constant current) and CV (constant voltage, constant voltage). During the first stage, the charger gradually raises the voltage so that the charged element takes the specified current (the usually recommended value is 1 battery capacity). When the voltage reaches 4V, charging proceeds to the second stage and maintains a voltage of 4.2V on the battery.

When an element practically stops taking current, it is considered to be charged. In practice, the algorithm can be implemented using a conventional laboratory power supply, but why, if there are specialized chips that have been “sharpened” to perform this sequence of actions, for example, the most well-known of them, TP4056, can charge up to 1A. 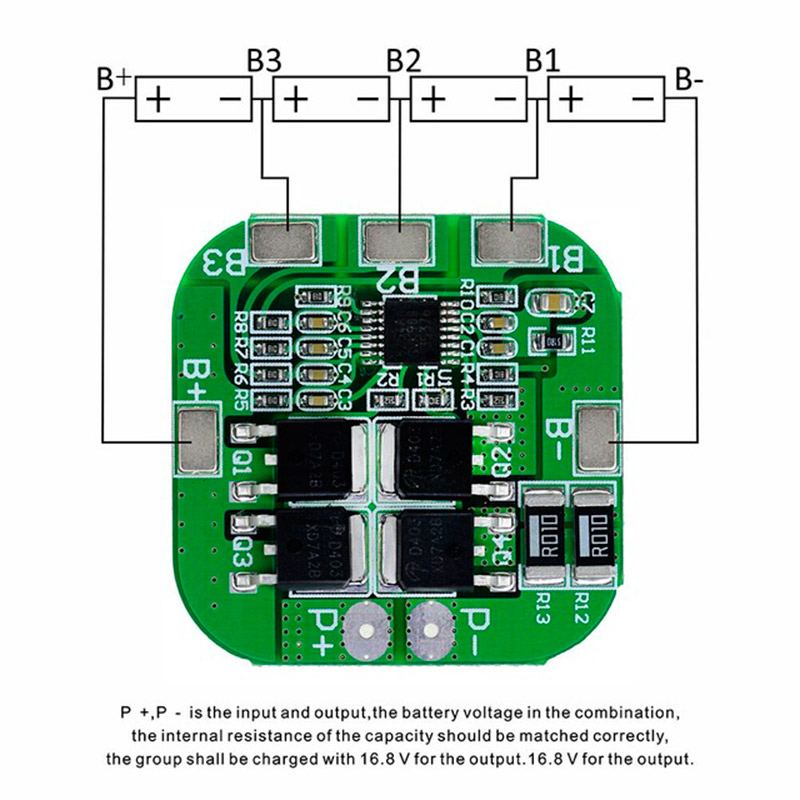 Finally, we left the most interesting feature of BMS - the function of balancing the elements of a multi-canister battery.

So what is balancing? The process itself involves equalizing the voltages on the battery cells connected in series to increase the overall voltage of the assembly. Because of the small differences in the capacity of the batteries, they charge for a slightly different time, and when one bank can already reach the apogee of charging, the others can still not charge.

When such an assembly is discharged by large currents, the most charged elements will, according to Ohm's law, take on a greater current (with equal resistance, the current will depend on the voltage that is in the denominator of the formula), which will accelerate their wear and may damage the element. In order to avoid this problem, they use battery balancers - special devices that equalize the voltage on the banks to one level.

ACTIVE AND PASSIVE BALANCERS
Active balancers produce balancing when charging - by charging one jar of the assembly, they disconnect it from the power supply while continuing to charge the second one. As a vivid example of such a device is the Imax B6 popular among modelers of memory, in Balance mode, it immediately checks the voltage individually on each bank and copes with it perfectly.

Passive balancers, on the contrary, discharge elements to a single value by small currents through resistors. Their main advantage is that they do not require an external power supply, and are also more accurate due to the use of analog components (and cheaper ones, since they do not contain complex microcircuits).

CONCLUSION
So, in conclusion, I would like to say that for every task in the modern market, you can find a battery charge management card that meets your needs and reliably protects the device and the batteries themselves.

Do not underestimate the importance of safety, and if in small devices with low current consumption protection is a good tone, then for high-current projects, it is almost a panacea that can save even life in an unexpected situation.